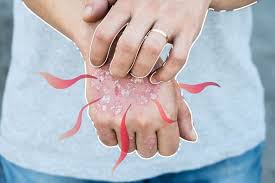 It causes cells to build up rapidly on the surface of the skin. The extra skin cells form scales and red patches that are itchy and sometimes painful. They can grow anywhere, but most appear on the scalp, elbows, knees, and lower back.

Homeopathic treatment is one of the effective treatment in treating psoriasis ,it not only controls the symptoms of psoriasis but also gives the body the immunity to not develop it again.

One thought on “Psoriasis”